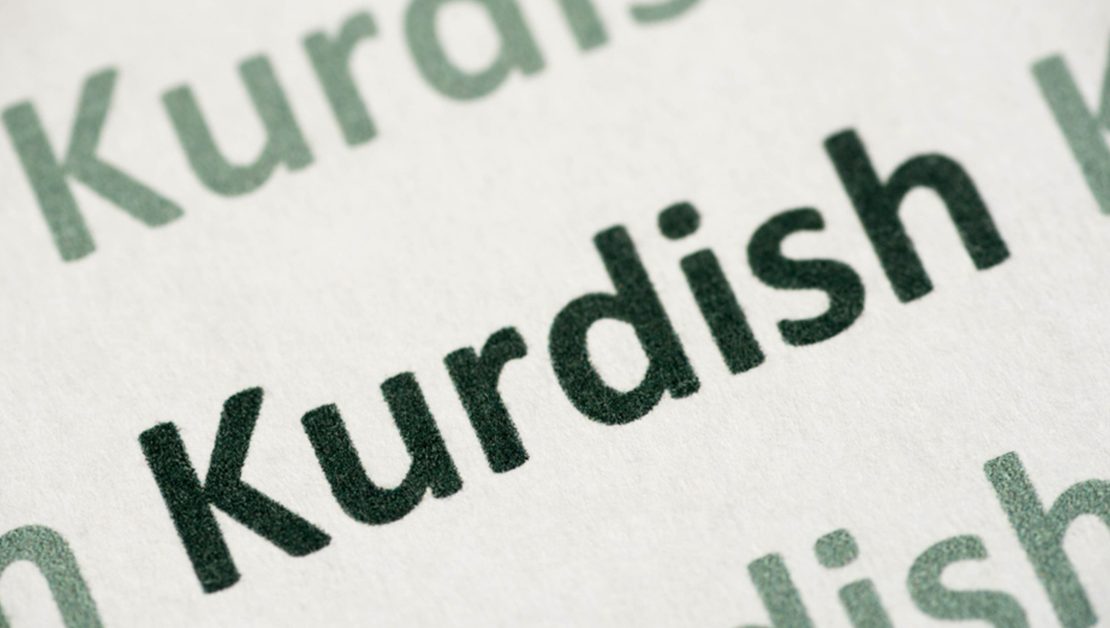 Localex Has Launched Its New Department for Kurdish Language Projects

Our Kurdish translation and localization team consists of many expert and experienced native Kurdish speaking linguists, and each linguist specializes in a different field such as IT, technology, legal, financial, medical, and more.

We have built a dedicated, in-house team of native Kurdish speaking software engineer translators and quality assurance editors who can localize any software product or website into any Kurdish dialect.

Some Facts About Kurdish Language

Kurdish, which belongs to the Indo-European family of languages, is the language of the largest ethnic group of the Middle East who does not have an independent state. Approximately 40 million people residing in Middle East and Europe speak different dialects of Kurdish.

Having its own historical development, grammatical system and rich living vocabularies, the Kurdish language is spoken in the region generally called Kurdistan including Kurdish populations in parts of Iran, Iraq, Syria and Turkey. Apart from these countries, there are millions of people speaking Kurdish language in Lebanon, Armenia, Georgia, Kyrgyzstan, Azerbaijan, Kazakhstan and Afghanistan.

The large number of Kurdish speakers across the world creates a substantial demand for Kurdish translation and localization services. With its technologically savvy, talented and experienced team of professional Kurdish language professionals, Localex is ready to fulfill this demand.

Various dialects that can be grouped under the category of Kurdish language are a part of the northwestern sub-group of Iranian languages which are themselves a part of the Indo-Iranian branch of Indo-European language family. There is no standard nomenclature for the divisions of Kurdish dialects, but here are the two main ones;

Kurmanji (Northern Kurdish or Northern Kurmanji) is the dialect spoken by most of the Kurdish people in Turkey, northern portion of Iraqi Kurdistan, Syria, Armenia and Azerbaijan.

Sorani (Central Kurdish) is spoken by an estimated 10 million people mainly living in western Iran and significant portions of Iraqi Kurdistan. It is the official language of KRG (Iraqi Kurdistan Regional Government).

Throughout the history, Kurds have mostly preferred to use Arabic, Persian or Turkish for their literary works. Today, they use three different non-standard writing systems:

In Turkey and Syria: Latin alphabet

We have a dedicated Project Manager for our Kurdish translation, localization and interpretation projects.

After working as a freelance translator and editor with Localex, Vedat has joined Localex Team as a project manager for Kurdish translation, localization and interpretation projects.

Along with forming and maintaining a team of linguists, his responsibilities include assigning projects to linguists, ensuring that the translations and editors fulfill Localex standards and that the client is provided with high quality translations.

Graduated from the Philosophy department of Bogazici University, Vedat grew up as bilingual in Kurdish and Turkish languages, and completed his studies in English. During his studies, he worked as freelance translator in the fields of Political Journalism, Social Sciences, Health Sciences, Literature and Technology.

His main target in his career is to contribute to forming a standardized version of Kurdish language especially in the areas of Information Technologies and enabling experts to translate into Kurdish more accurately and comprehensively. In this respect he, with his dedicated team, also supports Localex Team with his own academic research studies.

Localex Has Become An Official Resell...

We are pleased to announce that Localex Language Service Provider has become an official reseller of Protem...

Localex Has Launched Its New Departme...

The 2nd Translation Village Event is ...

There’s always room for innovation: I...

I started my collaboration with Localex in April 2019, as post-editor. Over the past months, I had the chance to collaborate wi...

Localex Translator
Working with Localex Translation is always a very positive experience, due to the professionalism and politeness of their staff...

Localex Translator
It has been a great pleasure working with Localeks. Very friendly, yet professional team members who are always responsive and ...

Who We Are LEARN MORE